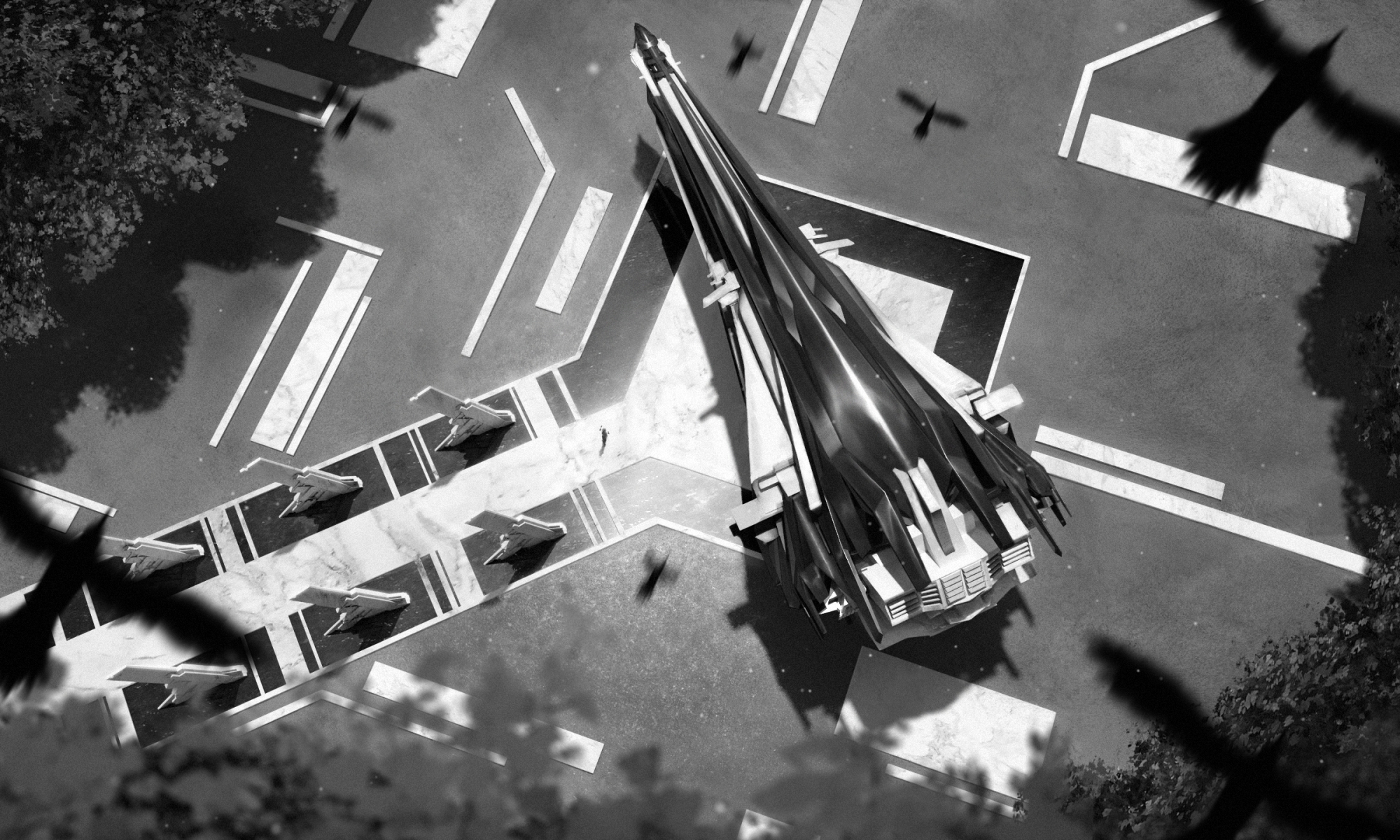 Azkos Technologies, Ravecroft, Kovaka. Such is the triad of the galaxy’s most powerful companies. Involved in the aerospace, entertainment and terraforming industries, respectively, these sprawling companies have come together to form a superstructure that sits at the same negotiating table as the most powerful states in the galaxy. Capable of arming a veritable war fleet, A.R.K. no longer hides its ambition to exist outside the Tetrarchy in a world in which its billions of employees will serve as Arkian citizens. Commercially connected to an enormous number of systems, its aspiration for independence is a major problem for all factions. A.R.K. is driven by ambitious and unscrupulous leaders, but that alone is not enough to wage war and win. If it wants to become an empire, it will have to become more organized and swell its ranks.

You may resent my presence at this diplomatic meeting, but you should know that even if I leave, A.R.K. will remain at the table. These microphones are from Tespal, this table is labelled Nikoa and this holobroadcaster is made by Ledos. All these firms are subsidiaries of our enviously criticized empire.
—Felicity Blaze

Azkos Technologies has been manufacturing spaceships and orbital stations for hundreds of years. It was the first corporation to hold the patents necessary for the construction of singularity rings. Its headquarters are located on Negora. Ravecroft is the galactic giant of entertainment though it is banned from Cardanian territories and broadcasting channels and is struggling to appeal to the populations of the confines. Its head offices are established on Rjallen. Kovaka is historically linked to the Kov foundation, which rules over the Chatur tetrarchy. Although it is still possible today to find Kovs among its executives, Kovaka maintains very tense relations with the Tetrarchy. This company is almost always involved in the development of barren planets or in the creation of industrial zones. Its headquarters are on Morozovk. These three monsters of galactic trade have formed a consortium to emancipate themselves from the authority of the Tetrarchy and to make increasingly more profit.

This situation brings about what economist Naris Plisken calls the Paradoxark, however. On the one hand, A.R.K. advocates for stelloliberalism and therefore the greatest possible freedom in intergalactic exchanges. On the other hand, the Consortium wants to structure itself as a state, which means the creation of taxes, the designation and protection of a territory, and the promulgation of laws. All of this necessarily restrcits the freedom initially coveted and creates a surprising paradox.

Do the Three want to be considered as the independent People’s Republic of Money? Very well! Let them put their finger in the gear that will lead them to the same policies as the tyrants of the Tetrarchy.
—Jasselan of Myrmezir

The ambitions of the great Arkian foundations are being debated within the Consortium itself and are somewhat compromising the project of a stelloliberal empire. Indeed, within A.R.K. itself, the competition is more brutal than ever. Eskari, Crowhaven, Neegle, Voltam; numerous are the foundations that want to direct the politics of the Consortium and no punches seem to be pulled. The followers of stelloliberalism are witnessing and participating in the advent of a new era that will see their model either triumph or collapse like a house of cards.